Positive reinforcement training is not bribery. We debunk this myth and more.

Research shows that positive reinforcement is the best method for training dogs, but some people just aren’t buying it. Even among trainers, there are those who still believe that choke chains and shock collars are the only way to train certain dogs, specifically the more “difficult” ones.

With that in mind, I rounded up some of the most commonly heard myths about positive reinforcement — and debunked them. My hope is that those unconvinced of its merits will come around.

This is a big one. As many of you know, positive reinforcement is based on rewarding a dog for doing something good. Usually this reinforcement comes in the form of a treat, unless something else is more rewarding to the dog (a toy, attention, etc.). For many dogs, food is the best way to focus their attention and get them to do what you want. It’s not a permanent crutch; it’s a training tool, one you wean them off of over time.

Another way to look at it: Would you go to work if you didn’t get paid? I don’t think so. Then why would you expect your dog to work for free? Just because you told them to?

2. Dogs won’t listen unless you have treats

In most cases, if your dog doesn’t do what you asked, he simply hasn’t been trained properly. The best example of this is when you are teaching your dog to sit. The dog sits beautifully in class, even in the house, but go outside and they just ignore you. This is because dogs don’t generalize as easily as humans do, and they need to learn how to focus in distracting environments.

I suggest that you work on sit in the house, in the backyard, on the front porch, in the front yard, on the sidewalk in front of the house, at the edge of the park, at the park on a quiet day, and then in the middle of the park on a busy day. Don’t move your dog to a more distracting environment until they can sit eight or nine times out of 10. Treat randomly when at that level, but go back to a treat for each sit in the new environment. It’s called proofing behaviors. You have to gradually build your dog up to not needing a reinforcer every time.

3. Positive reinforcement means letting your dog do whatever they want

Even the best dog trainer gets frustrated, and I’m willing to bet that everyone has yelled at their dog at least once. While positive reinforcement isn’t based on punishment, that also doesn’t mean your dog does whatever they want. Part of having a well-behaved dog is having rules and structure in place (this might sound familiar to parents of the human kind, as well), and you can have rules and structure without being a controlling dictator. Better behaved dogs earn the right to have more freedom.

There are even different definitions of positive reinforcement among dog trainers, but to me, positive reinforcement means rewarding the good behavior and ignoring, redirecting, or managing/limiting access to less desirable behaviors. For example, my 11-year old dog will steal the toilet paper if she gets into a bathroom. So we just keep the doors shut. We manage it and limit her access. Your dog is jumping on you? Ignore or ask them to do something else (like sit). The dog is jumping because they want your attention. If you take away the attention, or give the attention for an alternative behavior, the jumping will decrease.

4. A “bad” dog is trying to show dominance and should be punished

The “dominance” or “alpha dog” theory is the biggest myth around. It’s just not applicable to domestic dogs. Your dog is not trying to get out the door first or sleep on your bed to dominate you. Your dog wants to get outside because that where the smells are. Your dog wants to sleep on your bed because it’s comfortable and because you’re there. You don’t have to punish your dog for wanting to be with you or for being excited; you can use positive reinforcement to manage those behaviors. 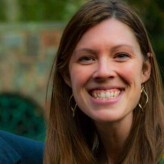 Abbie lives in Colorado with her dogs Daisy, Sadie, and Buster, and can usually be found outside with one of them. She is a dog trainer and freelance writer who loves to explore environmental and animal rights issues. Find out more about her at abbiemood.com and lifediscoveryproject.com. Follow her on Twitter @abbiemood and Instagram @abbiemood.